dodgecitykitty 's old photo of her father training to fight in world war one, I thought that it might be interesting to post this photo of our pet buck 2-foot's grandfather and the story that goes with it (thanks cousin Mike) 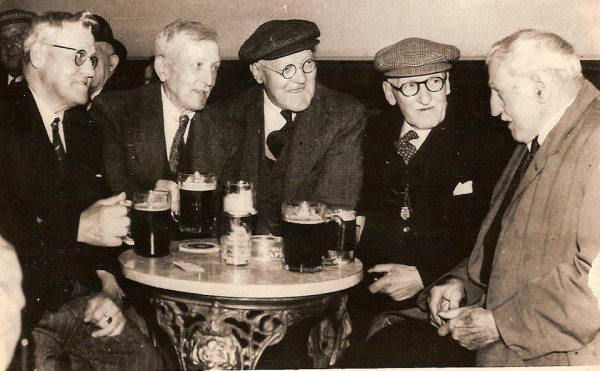 My grandpa, Arthur Hutchinson (centre of picture), a volunteer in WW1 was wounded 3 times surviving the likes of the battle of the Somme and Passchendaele...Raised 10 children alone after my Grandma died in her 30's and lived 79 yrs...He and those like him should be an inspiration to us all. One of the times he was shot, the bullet entered his cheek and came out behind his ear - hence the lack of teeth.
Collapse