15 years ago today and Dandy was a little confused by the rules of Cricket...

Today was a really nice day. It was not too hot in the garden as most of the time it stayed cloudy. Our 2-foot though once again confused me greatly. He came out into the garden with us, and he brought one of those boxes that lights up with moving pictures on it. He sat and watched it all day, it was showing something called "cricket". Now this cricket took all day, and it was WEIRD. there were lots of 2-foots all stood around on a big lawn. There were two lots of sticks pushed into the lawn, and a 2-foot stood in front of each set of sticks with a stick in his hand (confused? believe me, I've hardly begun!). Every so often, one of the 2-foots that was standing around on the grass threw a ball at one of the 2-foots stood in front of the sticks. Often, the 2-foot in front of the sticks totally ignored the ball, other times, he stuck his leg out in front of it, and then other times, he hit it with his stick. All the other 2-foots on the grass seemed to run around and play a bit, and some of them tried to catch the ball.

So what I don't understand is, if the 2-foot with the stick did not want the ball, why did they keep throwing it to him? there were obviously lots of other 2-foots who DID want it as they kept chasing it.

If anybun could explain to me what in heavens name was going on, I'd be fascenated to hear it. It kept my 2-foot engrossed for hours!
Current Mood: confused 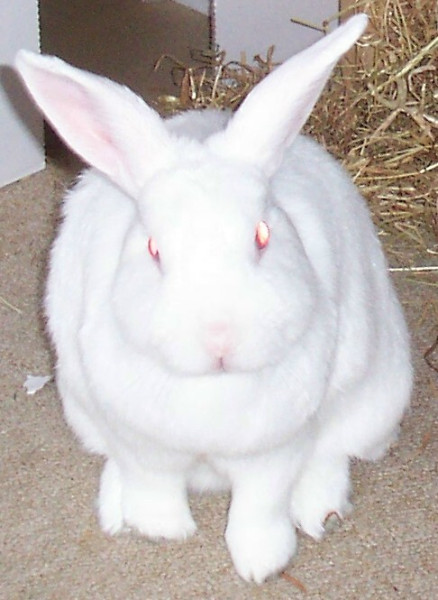 (Anonymous)
Aug. 23rd, 2003 10:50 am (local)
2-foot games
Hello Dandy - well, we have to admit that we see that game an awful lot! If it is not on the tele then we can hear it on the radio - mum love someone called Blowers but we can't find him anywhere!!!
Dad and mum really like that game and keep shouting something called a score to each other if they are in different rooms - when something supposedly exciting happens, they both run into the room and watch something called a replay - strange 'cos it's supposed to be cricket!
Mum says that she likes Foxy as well - that frightened us 'cos we don't want a fox here thank you very much!!!!!
How are you all keeping?
Mr Jingles and the rest of the hairy mob