15 years ago today Dandy terminated his absence from Live Journal.

Those damn 2-foots, you just can't trust them! They both got dressed up this morning & left the house, and BOTH said "we won't be too long". Well let me tell you, they were gone ALL DAY! apparently, they went out to look round some shops (a waste of time that was, they did not bring any treats back with them), and while they were out, they had some lunch, and then they went to some place called the cinema. Now I don't know what this cinema place is, but it seems to have brainwashed them. They've been saying really weird things since they got back, like "Asta La Vista Baby", and "I'll be back". Of course they'll be back, they ALWAYS come back, it's just that sometimes they take too damn long about it.
Current Mood: aggravated 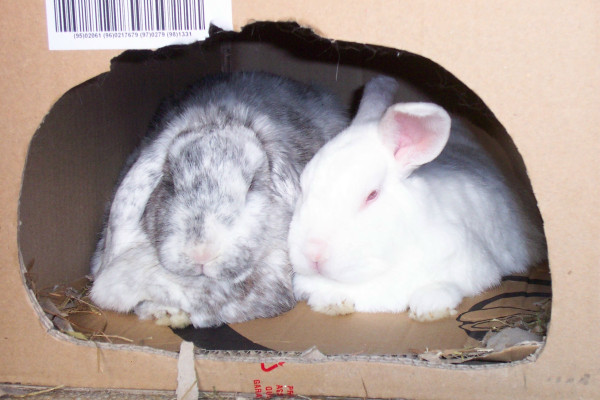 Comments
)
(Anonymous)
Aug. 22nd, 2003 05:35 am (local)
I'll be back
Hmmm, we know just what you mean - ours do that sometimes - they go to the shops and don't take us with them - humph! Don't know about this cinema thing though - try and find out for us incase these two decide they want to go there. I know that they say something like "I'll be back" a lot and when the horrible kids next door start they say "Where's my ouzi?" Don't know what that is but they mean business :-) They did see something on the tele about a new film and it was Star Trek - mum said that they couldn't leave us to go and see it 'cos of us - she doesn't like leaving us too long - we should think so as well!!!!!!!! Mum told us that it's dad's birthday soon and that she would get him the film and we could all watch it :-) :-) She did say something about wanting the "Arnie" film to hurry up and come out so she could watch it on the tele.
Hope you are doing well, mum said we have to be polite :-)
Mr Jingles and the rest of the hairy mob

(Anonymous)
Aug. 22nd, 2003 05:58 am (local)
Popular, very popular, our 2foot talks about this cinema thingie as well. We do believe she went recently to the cinema thingie as she did not come home 'til late; as she was giving us our treats, which were long overdue, she did mention she went to see 'two creepy men fight' what the heck does that mean?