15 years ago today, Dandy was varying his diet...

Now I'll admit, I do like my food, I mean normally I can eat my share and Flopsy Girl's as well given half the chance, but there are sometimes that even I just am not hungry.

Yesterday evening, our 2-foot let us out of the cage and brought us some food, but I just was not in the mood for it. I don't know why, I just wasn't. One of them started to panic straight away, but the other one said "Just give Dandy a little time, he'll eat when he's ready". After a couple of hours though when I STILL hadn't eaten, they made me take some really nasty medicine (Infacol I think it's called), so I ran to the back of the living room to sulk for another hour.

By now, the 2-foots were frantic, so I had a stroll down to where the food was, had a sniff of it, and decided that I was hungry after all and ate and ate and ate.

What a load of fuss over nothing.
Current Mood: apathetic 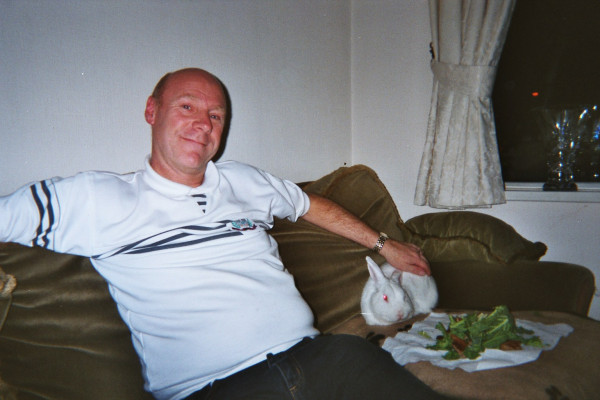