15 years ago today, Dandy had made a new friend

Last night. My 2-foot (the one with no fur on the top of his head) was on the computer, and he was talking so some other 2-foot who was in a place called Denmark, and THEY WERE REALLY TALKING! not just typing. They could see each other, and hear each other, it was AMAZING. Anyway..... This other 2-foot is owned by a Bun called Bob. Now Bob has his priorities right, he was demanding attention from his 2-foot all the time when she was talking to mine... Anyway, while they were both distracted, Bob & I had a chat. I'm not sure I would like Denmark, as most people there speak a different language. Bob speaks good English though, because he used to have a pet 2-foot that was American.

I have several questions.....

1. Where is Denmark? (I think it may be near Leeds as I heard the 2-foots mention Leeds when they were talking)

2. What language do they speak in Leeds?

3. Is it far from America? (Maybe not as they speak a different language)

4. Why do the 2-foots need to speak different languages anyway?
Current Mood: curious 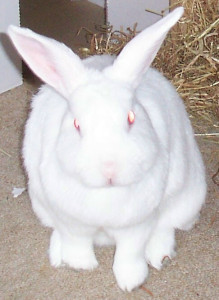 Mar. 11th, 2004 05:01 pm (local)
Oh gosh, we have never heard of Denmark either, please do let us know when you find out more information. Although we do have a question, in Denmark and, or Leeds do they have nice food to eat?