Now I may not know much about music... I find that most of what the 2-foots listen to is at best strange, and at worst.... well just plain awful, but what I heard this morning REALLY confused me. The 2-foots occasionally play music by someone called queen. It's quite noisy, and there are a lot of those wooden things with the wires stretched across them in evidence (I know this as one of my 2-foots - the one with no fur on the top of his head has several). Anyway, I heard this morning on one of the 2-foot's talking boxes, that today is the Queens birthday, and then to celebrate this, they played some music, but the music they played was not Queen's music, even I could tell that, it was made by some other kind of instruments entirely, and there was no singing (be thankful for small mercies I suppose). It never ceases to amaze me how difficult it is for the 2-foots to get even the smallest things right.
Current Mood: amused
Current Music:Richard Thompson - Now be thankful 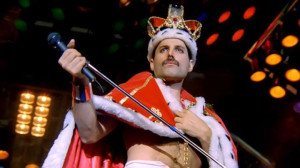 Apr. 21st, 2004 12:11 pm (local)
know the feeling - my mum twofoot plays something by the BAY CITY ROLLERS especially when she's had some of that funny liquid!! even dad two foot tries to turn it off!! still as long as we come first we'll let her off!!