15 years ago today, Dandy was asking about a strange animal...

Rain is falling from the sky this morning, but even if it was fine, the 2-foots have both gone to work, so there will be no garden for us today!
Something I have been meaning to ask everybun. Has anybun ever seen a headless chicken? is sounds like a really strange creature to me, but my pet 2-foot (the one with the fur on the top of her head) is always talking about them. It seems like every morning before she goes to work, she says that she is running around like a headless chicken. She usually says this when she is cleaning out our litter trays, so I wonder if headless chickens spend all their time cleaning out litter trays? If so, I think our 2-foots ought to get one, as it would save them a job, and give them more time to give us food and to make a fuss of us.
Current Mood: curious 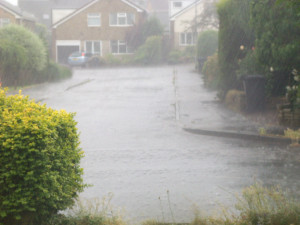 May. 4th, 2004 09:59 am (local)
"Running around like a headless chicken" sounds a very odd thing to do. We have no idea, a puzzling thought. When you do find out what this is please do let us know.

Although on a worrying thought, how did the chicken become headless?

bramblespack
May. 4th, 2004 10:56 am (local)
Headless chickens
I've heard our 2foots talking about headless chickens. The buck keeps saying that he runs around like one especially when he has some work that needs to be handed in.
On a second note elderberry has been reading his notes about chickens (too see if they say anything) and the chicken comes from some place in Asia. They came to Britain in the bit before the raoming people. But it didn't say whether they where headless before or after this!

bramblespack
May. 4th, 2004 12:29 pm (local)
Re: Headless chickens
We are not sure if its in Bradford. Does Bradford have tropical forests as that's what the chickens live in.

thehairymob
May. 4th, 2004 02:00 pm (local)
Re: Headless chickens
Dad has just told us that an awful lot of headless chickens live in Iceland - he said that Iceland is in Prestatyn! How can Iceland be in Prestatyn if Prestatyn is Prestatyn?
Those poor chickens - could we find some heads for them do you think?
Love from The Hairy Mob

dandybun
May. 4th, 2004 02:03 pm (local)
Re: Headless chickens
That actually makes some sense. It sounds like iceland is a cold place, so the chickens would need to run around to keep warm. Maybe Prestatyn is a bigger place than you thought it was

honeythebunny
May. 4th, 2004 12:55 pm (local)
Headless chickens!? WATCH OUT SIGIKID, I'M COMING TO SAVE YOU!
Oh my goodness, headless chickens sound gruesome! My 2 foot has a chicken upstairs, it is soft and cuddly and squeaks if you press its head... I think its name is Sigikid, because it has a wooden label hanging off it which says this... my mum doesn't like me playing with this incase I chew the wooden thing hanging off it... do you think it'll end up headless too?

My two foot calls this chicken 'Cluck', I think she must be blind as she quite clearly has a label on her saying 'Sigikid'! ... I really hope she keeps her head as shes got a funny face and I'll miss squeezing her squeaker!

dandybun
May. 4th, 2004 12:58 pm (local)
Re: Headless chickens!? WATCH OUT SIGIKID, I'M COMING TO SAVE YOU!
I think this must be another kind of chicken. It does not look if it could run around anywhere, so I should not worry if I were you.

thehairymob
May. 4th, 2004 01:57 pm (local)
Headless Chicken
We have NEVER seen a headless chicken! Mum and dad say that they are running round like them but we haven't seen them. Dad says that he is running around like a blue arsed fly - we have seen bluebottles but we have NEVER EVER seen a fly that looks remotely like a donkey! These 2foots have to make things up - such strange creatures they are!
Love from The Hairy Mob

May. 4th, 2004 04:26 pm (local)
Headless Chicken
Dandybun,
I don't know for sure where headless chickens come from, but my wife says that they taste like rattlesnake.
Crazy Uncle Larry

thehairymob
May. 4th, 2004 06:05 pm (local)
Re: Headless Chicken
Dandy - we see what you mean about your Uncle Larry being crazy and daft and anything else that describes someone who is dim! How on earth can a snake hold a rattle? It doesn't have paws or hands and it can't even put a rattle on its feet 'cos it doesn't have any! We have rattles and we throw them around and knock them with our paws - but we don't get called rattlerabbits! Snakes don't even have proper teeth to get hold of the rattles and fling them! Your Uncle Larry is proper daft!
Love from The Hairy Mob

dandybun
May. 4th, 2004 06:24 pm (local)
Uncle Larry
Not only is he daft, but he lives in America, where they drive on the wrong side of the road (maybe that's why the chicken got knocked down).

thehairymob
May. 4th, 2004 07:30 pm (local)
Re: Uncle Larry
American eh? That explains everything!
Love from The Hairy Mob

honeythebunny
May. 4th, 2004 07:33 pm (local)
Frozen Chicken & Iceland!
Maybe chicken are meant to live in cold places like Iceland (as you said earlier)... I've just overheard my two foot saying theres a chicken in the freezer... I hope it's ok!
Mum said she would warm it up later for tea.... do you think they need to be warm to be able to digest? If so I look forward to eating my tea with the chicken... I'll let you know whether it has a head or not!

honeythebunny
May. 4th, 2004 07:36 pm (local)
SHOCK HORROR- HEADLESS CHICKEN ALERT!
Oh my god, I've just seen this chicken.. it has no head and well no feathers or anything either... it's all skin coloured and was ice cold! What an odd place to keep a headless chicken (in the freezer)... so is that our answer... mum and dad run around in the mornings like headless chicken because they are naked and cold???
Maybe we should try heating them up..?

No I've lost my own ideas there... Im rabbit ranting!

(Anonymous)
May. 4th, 2004 10:52 pm (local)
Tail-less
I don't know about headless chickens but I do know of a tail-less rabbit. All seems very odd, to focus on what is not there. It's like saying fur-less or whiskerless 2foots . . . .
But it certainly has prompted 'a heated debate'!
Melster