15 years ago today, Dandy was still digesting the reaction to the entry that he had posted on the previous day...

When I mentioned the headless chickens yesterday, I had no idea that I was going to start such a dig debate. I have been giving it all so much thought that I am late posting my entry today.

The 2-foots are up to no good again, they should be at work, but they are not! The bad news is, I have seen one of those case things that they pack if they are going to go away for a while, so there is certainly something going on, and I don't like the way it smells....
Current Mood: anxious 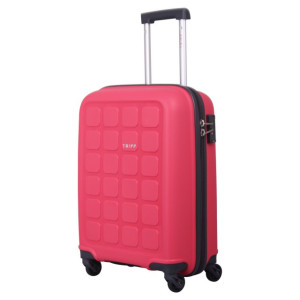 honeythebunny
May. 5th, 2004 06:20 pm (local)
cases
My pet two foot has one of those cases, in fact she has a few as she keeps disappearing for a few days every now and then to this big place called Chef Field, it sounds nice as I reckon it must be a field FULL of people who make food... my two foot is at yuni versiti there, I think that's where she learns all about her job.

The cases are quite nice though because I CAN FIT IN!

dandybun
May. 6th, 2004 12:07 pm (local)
Chef Field
After talking to the Hairy Mob, it would seem that Cef Field is in Asia. This is because there is a tropical area there where all kinds of weird and wonderful things can grow. How long does it take your 2-foot to get to Asia?

honeythebunny
May. 6th, 2004 07:38 pm (local)
Chef Field
It is meant to take my two foot three hours (so shes says) but it only took her an hour and a half! She likes to put her foot down apparently... I can tell u from experience she does tend to stamp her feet sometimes, maybe the box on wheels went quicker cos she stamped her feet!?

And guess what?! Shes back (my two foot), she looks very tired though as she went to somewhere called Leadmill last night!