15 years ago today, Dandy was still posting pictures (many of which have now been lost unfortunately). In those days, it was difficult if not impossible to post directly into livejournal which is why he posted all the different links.

As I promised you yesterday, I have added some new pictures for you to look at. They are in a new album called "reasons to be cheerful". There are pictures of Crazy Uncle Larry, Ricky the Arab, and lots more pictures on me and Flopsy Girl, so I hope that you will all go and have a look. I note with interest that Crazy Uncle Larry has already had a look at the album, and has realised that he can now never go near a rabbit again, as everybun will now know what he looks like. 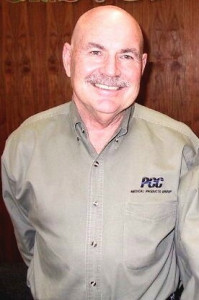 I understand that my 2-foots are going to the pub to be punished tonight, and apparently, Ricky the Arab is going with them. Maybe he is being punished for wearing stupid clothes (if you look at his picture in my new album you will see what I mean), so obviously, me and Flopsy Girl will need to be on our very worst behaviour while they are out. We have decided to spend today planning how to really excel ourselves this evening when the 2-foots go out...
Current Mood: busy

May. 12th, 2004 09:23 am (local)
We will keep our eyes open in case of coming across Uncle Larry; Honeybunny actually likes what Ricky the Arab is wearing, she can hide underneath.

The picture of 'our picture window' we are jealous. We thought our attempt of our hideout was a masterpiece, but yours, wow!

May. 12th, 2004 11:15 pm (local)
Message Received and Understood
The mugshot of Crazy Uncle Larry has been circulated far and wide, and everybun is on the lookout for him, teeth at the ready.

Mind you, some of the other 2foots look fairly dodgy as well . . . I am not impressed with the company you are allowing your 2foots to keep and wonder if some discipline wouldn't go amiss.

dandybun
May. 13th, 2004 09:34 am (local)
Re: Message Received and Understood
We note your concerns Melster, but honestly, our 2-foots are so weird themselves, that it's the others that they associate with that we feel sorry for.