15 years ago today, Dandy was discussing the light up box in the corner...

Sometimes, I think that the lives of the 2-foots are totally dictated by the light up box in the corner. Every so often, one or other of them seems to be totally taken over by it. This time, it's the one with the fur on the top of her head that's affected, she seems to have become addicted to something called "Hell's Kitchen". For those of you who have been fortunate, and have not had this rubbish inflicted on you, let me tell you what it is about. There is a big room split in half. In one half of the room, there are 2-foots sitting down and waiting for some other 2-foots to bring some food to them. In the other half of the room there are some other 2-foots who are running around, making a mess and shouting a lot. I think they are supposed to be the ones preparing the food, but they don't seem to realise, as no food seems to go out to feed the other 2-foots who all go away disappointed.

There are two things that baffle me about this. First, what's the problem? One of our 2-foots (the one with no fur on the top of his head) produces our food in a matter of minutes, and then soon afterwards, produces some 2-foot food that they both eat, and as he is an idiot, it can't be difficult to do, so what's the problem with these other 2-foots?

The 2nd thing that puzzles me is why on earth does the other 2-foot (the one with the fur on the top of her head) want to watch these other 2-foots getting everything wrong, when all she has to do is to walk into the our kitchen, and watch the other fool doing it properly?

I know I keep saying it, but even if I live to be 10 years old, I will never understand them!
Current Mood: amused 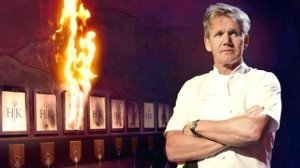 May. 25th, 2004 09:28 am (local)
Oh dear your 2foots too? Ours are also taken over by "Hells Kitchen". Apparently you can vote to keep 2foots in the kitchen, but why? None of them do anything but shout so they should all go, plus have you seen any nice vegetables? ..... Nope! Oh and what colourful language they use.

thehairymob
May. 25th, 2004 02:35 pm (local)
Two foots and the light up box
Hello Dandy - we have had a look at your journal and the first thing that we see is definitely wrong is the fact that you allow your 2foots to even watch the light up box! Now, this can be stopped easily - via our brilliant training - if 2foots are watching the light up box then they are not playing and pampering you! In the meantime, you could always snip the wire whilst the 2foots are out at work, just make sure that the power is off!
Love from The Hairy Mob


thehairymob
May. 25th, 2004 02:57 pm (local)
Re: Two foots and the light up box
No, no, no Dandy - your 2foots have it all wrong - the light up boxes are for our entertainment - we even have video machines and something called a DVD machine - so that we can watch our favorite things. Scoot watches the light up box most of the time when he is in - it educates him :-) The only time our buck 2foot gets to watch the light up box is late of an evening when Scoot wants a cuddle on dad's knee - then dad can see the light up box and they usually watch something called High Lights - why they want to watch High Lights is beyond us - if they looked up on the ceiling they would see that they where pretty high as are some of the lamps!
Love from The Hairy Mob