15 years ago today, Dandy was concerned about travel...


A hornets nest
May. 28th, 2004 at 7:01 AM
Arwen and Fizz
Well I seem to have stirred up a bit of trouble. I make one chance throwaway remark that I'm thinking of dumping my 2-foot and getting a new one, and everybun starts lecturing me. I THOUGHT THAT US BUNS WOULD STICK TOGETHER, Still, what do I know? I'm only the world's most famous, handsome, talented, and modest bun after all...

Another thing you might be able to help with (Flopsy Girl is busy eating, otherwise I'd ask her as she is now the most cultured bun in the world and knows everything). Does anybun know what a train is? The 2-foot that's going to Man-chest-hair is going on the train, I have no idea what a train is, so I'm concerned that it might not be safe, so any information on that subject would really be appreciated.
Current Mood: distressed 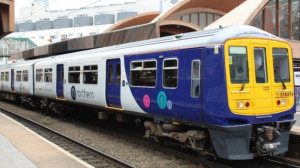 bramblespack
May. 28th, 2004 09:10 am (local)
Train...
Our 2foots have a train set. It's these little things that go round and round and round a track which is hard and not good to eat. The train is only very small - smaller than Hazel and he's the littlest of the bunch here - hes a Neddy. So how does your 2foot think the train can take her to Man-Chest-Hair is she going to sit on top of it? We think that she might get hurt if she did this! Therefore Dandy we think you should stop her going!

bramblespack
May. 28th, 2004 11:33 am (local)
Re: Train...
they watch it go round and round and then let it crash... Well generally its when one of us knocks it to see if actually does anything.. But no it just goes round.

And there you are complaining about your 2foots. I think that you should be like us and tolerate it a little more

thehairymob
May. 28th, 2004 01:33 pm (local)
Re: Train...
Oh dear, oh dear. How awful for you - but you are right in that you are tolerant - well, with 2foots like yours we would say that you are positively angels! And we have yet to meet them - oh goodness - we thought that no-one could beat Dandy's 2foot (the one with no fur on his head) - we where obviously wrong. There again, what they do in their playtime is their own business of course, unless it gets in the way of looking after you!
Love from The Hairy Mob

Perhaps she is going to get trained to grow some body fur? Or maybe a man with chest hair is training her to do something else? Or it could be a day on how to train any man with chest hair - which would certainly be very welcome? Yes, lets hope it is that, she has probably realised just how desperate things have become and decided she needs to do some groundwork before the main training day.

We can only hope she makes some progress, after all, peer pressure can be most effective. But it does go to show how well you have her trained!

thehairymob
May. 28th, 2004 01:38 pm (local)
Train
Why do 2foots use so many words for the same thing? Now as far as I am aware, a train is something that a bride 2foot wears on her head when she is getting married to a groom 2foot! I have seen some magazine things called "Wedding and stuff". Do you think that your 2foot (the one with fur on her head) said "Man-chest-hair"? Perhaps she said "Man-chest-her" - this would mean that your 2foot is going to see a man while she is wearing a train, she will then marry him and cuddle his chest and he will then cuddle hers!
It's all so confusing - so many ways to explain train - I feel a headache coming on - I'd best go and take some parsley to help it subside.
Love from Violet and the rest of the hairy mob