15 years ago today, Dandy was being very astronomical...

You see... I was right about the stars crashing together. There was loads of stuff on the light up box last night about Venus going in front of the sun, well this was obviously caused by the big crash the night before. Venus has been knocked way off course, but fortunately, it looks like it is heading for the sun instead of for us. I'm glad Venus is small though, as I would not like to think that it was big enough to make the sun go out when it hits, or it would get very dark & cold, and that would spoil our summer.

The 2-foots slept late this morning. It was so funny watching them running round and trying to catch up that Flopsy Girl nearly split her sides laughing, mind you, the 2-foot with no fur on the top of his head still found time to fed us our morning parsley... Although there would have been serious trouble if he had forgotten!
Current Mood: mellow 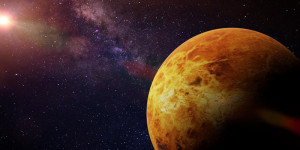 dandybun
Jun. 9th, 2004 10:03 am (local)
Re: Venus?
I've been asking Flopsy Girl about Venus, because as you know, she is now the world's most cultured bun (not that you would know though when she has poo stuck to her bottom.... but I digress). Flopsy Girl says that Venus need not concern us, as there is nothing to eat on it, and as it is not going to crash into us, then why worry? However, I pressed her on the point, and she said that Venus was created during "the big bang". Well this makes sense, as there was a really big bang the other night when the stars crashed together, so I suppose that's how venus came into existence.