15 years ago today, Dandy was talking about 2-foots and BunnyTunes. At this time in his life, Dandy had yet to learn to love BunnyTunes...

I have a friend called Lisa, she is a 2-foot. Yes, I know that's strange, having a 2-foot as a friend, but Lisa sometimes writes to me (although not for a while), and she always has nice things to say. Lisa lives in a place called Birmingham, which is near where Auntie Barbara lives. Birmingham must be a big place though, because the weather is a lot warmer where Lisa lives than where Auntie Barbara is. Last week, my pet 2-foot (the one with no fur on the top of his head) was sending a parcel to Lisa, so Flopsy Girl sneaked in a copy of the Ebony Eyes single. Lisa was SO impressed that she is contacting the hairy mob to see if she can make a donation!

I have to say, personally, I think the Ebony Eyes single is truly awful, but the 2-foots seem to like it, and if it helps to raise money for Ebony Eyes, then it can't be all bad!

If you would like a copy of the Ebony Eyes single, then just drop me a line at bcnews@virginmedia.com and we will see what we can do.
Current Mood: bouncy 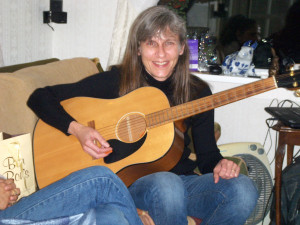 dandybun
Jul. 20th, 2004 04:14 pm (local)
Re: Lisa
I wonder if Auntie Barbara knows the bit of Birmingham where Lisa lives. It's a part called Alley Bamma.

thehairymob
Jul. 20th, 2004 07:38 pm (local)
Re: Lisa
Hmmm, don't know about Auntie Barbara knowing anything, she is only a 2foot after all - must ask Thai, Dizzy, Tinker and Bimbo.
We have not heard of Alley Bamma but we hope its nowhere near Alley Baba 'cos that part has 40 thieves in it! Imagine any theives trying to get our food? Violet would mash 'em to bits!
Love from The Hairy Mob