15 years ago today, Dandy was hungry.

Every time Flopsy Girl has her teeth done, she decides that she is going to make up for lost time as far as eating is concerned, with a consequence that I CANNOT GET NEAR THE FOOD!!! I have to make do with nibbling bits of cardboard & dried grass
Current Mood: hungry 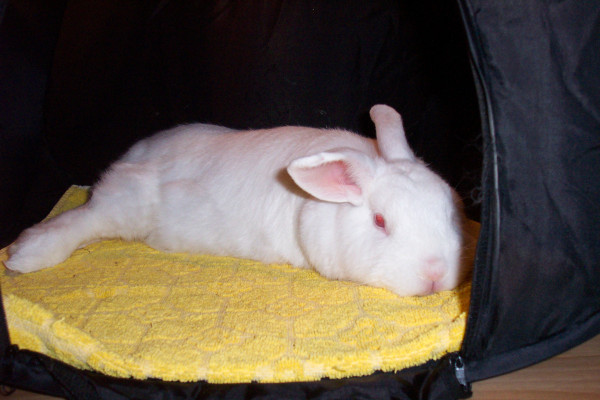 dandybun
Dec. 11th, 2004 10:31 am (local)
Gentlebun?
You are assuming that I have a choice! You have never seen my Flopsy Girl when she gets that determined look on her face

jerseymob
Dec. 12th, 2004 10:20 am (local)
thats terrible that u are left to just nibble bits of grass and cardboard, but we do not feel bad enough to send you any of our food!

merridoe
Dec. 12th, 2004 05:03 pm (local)
Re: Well that's just typical
Flopsy Girl loves you too much to let you starve. Maybe you'll be a bit peckish 'cause she's eaten most of the food, but I think she'll leave you a little food...

jerseymob
Dec. 12th, 2004 05:29 pm (local)
Re: Well that's just typical
we do care if you starve but now that willow has been put on a diet we are not getting our normal amount of food and are having to resort to chewing cardboard ourselves.

We have sent you a card that you may have had by now that you can chew on as well if you run out of cardboard!