Dandy made too entries 15 years ago today.

The 2-foots have put up another Christ Moose Tree, so we now have two. I hope they don't put any more up, or there will be no room to run arouind.
Current Mood: anxious 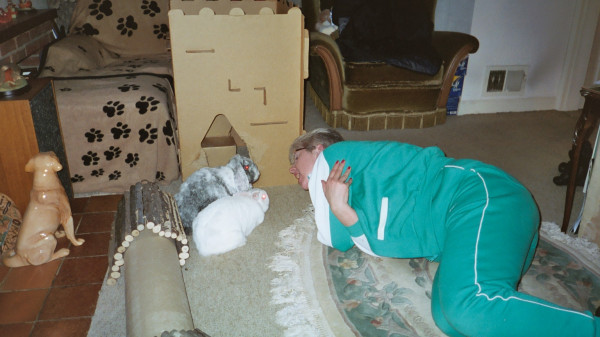 merridoe
Dec. 23rd, 2004 07:40 pm (local)
trees
I finally got a chance to hop around in the Baze Mint and noticed a second tree there, too! I hope it's not an alien ConSpearAcy!

merridoe
Dec. 23rd, 2004 07:57 pm (local)
herbs
Hmm - good suggestion! For some reason, the 2foot I call Mom can grow all sorts of nice herbs outside the Big Burrow, but she's not very good at growing stuff inside! Again, maybe it's aliens. Maybe they NEED trees for something. Maybe they will climb them to reach their space ship...

There were some 2-foots outside the door singing a song...
It went like this...

Now I grant you we could not hear them all that clearly as they were outside and we were inside, but both me and Flopsy Girl agree that we have got the words about right. Why would they sing such a strange song? I mean I know that they were 2-foots, and that all 2-foots are strange, but even so!
Current Mood: contemplative 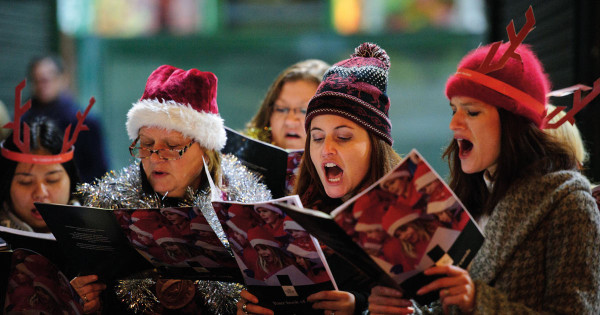 merridoe
Dec. 23rd, 2004 07:52 pm (local)
But does the hairy crisp mouse drink the beer? What a weird song! My 2foots have been singing all sorts of weird stuff lately! Most seem to be about me and Mr. Chris Moose, but there are songs about Sno and a big Red LopStir named Sandy Claws (a lop-eared CrustAyShun) who comes and brings presents to good bunnies around the world.