15 years ago today, things were not going well for Dandy

As you well know, I have the run of the whole house, or at least I did until tonight. A gate thing has appeared that is keeping me in one half and Millie in the other. The 2-foots have said that if we learn to get on with each other, then they will take the gate away again. Why can't they just take Millie away instead?
Current Mood: stressed 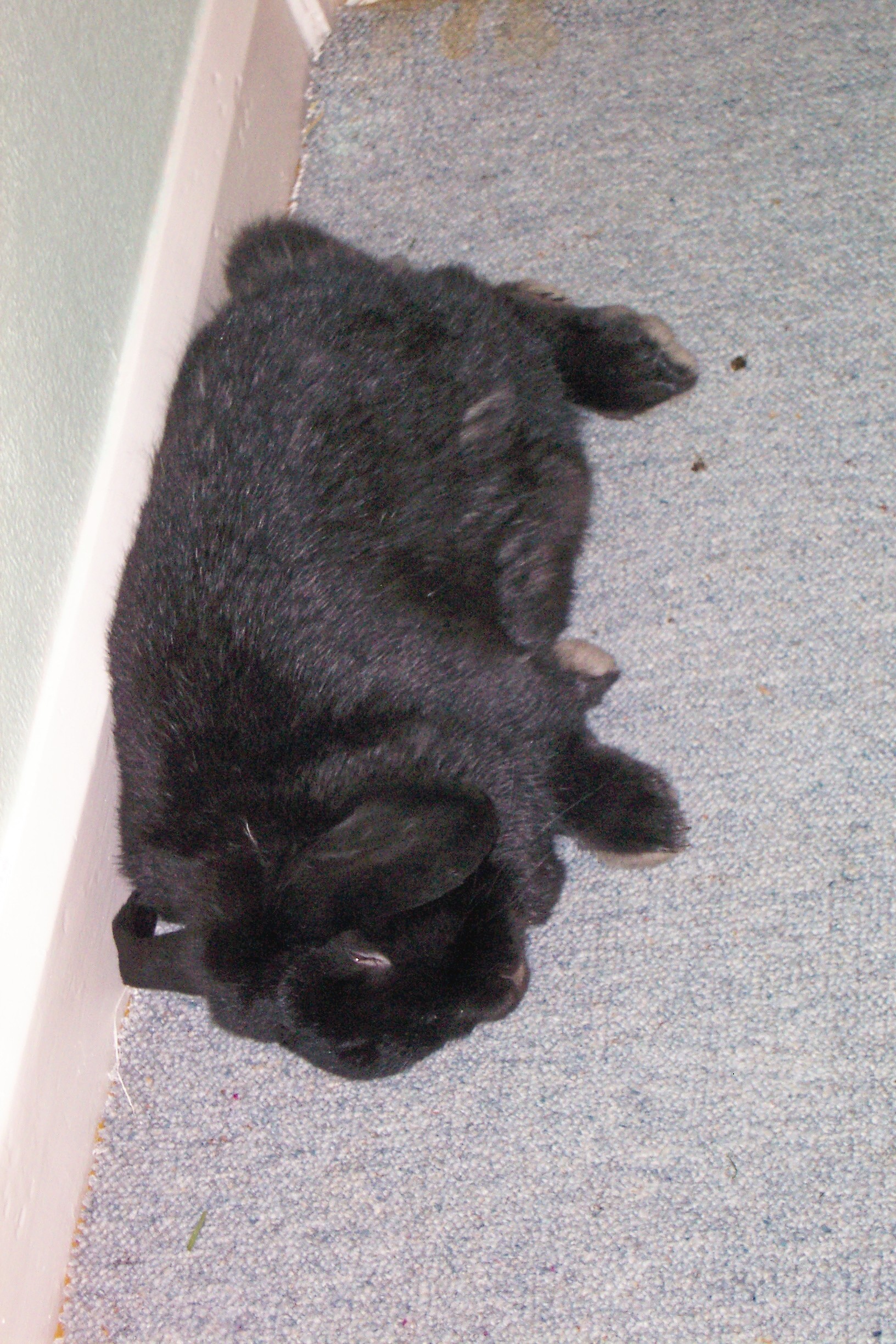 I know how you are feeling, i felt the same when Casper arrived but i soon worked out that if i wanted to have all of my burrow back again and to stop the 2 foots being crossed with me, i had to just put up with him, then i found out he wasn't so bad after all!

merridoe
Jan. 16th, 2005 01:58 pm (local)
Re: Getting along
Remember, as some 2foot saying goes, "All good things take time." Wait a minute. That doesn't sound right! Most good things can be nibbled very quickly. Well, so much for 2foot Phil O'Savy!
Collapse