15 years ago today, Dandy was continuing his campaign against Milliebun.

I have been showing Millie bun your questions for her problem page. SHE IS TERRIFIED! If this does not make her leave then I'll eat my currents!!!

On another subject, has anybun noticed their 2-foots behaving strangely? I think it may be the time of year (I think it is their breeding season), but my 2-foots seem to be leaving earlier in the mornings & getting back later in the evenings. Do you think perhaps they are out searching for a new mate?
Current Mood: curious 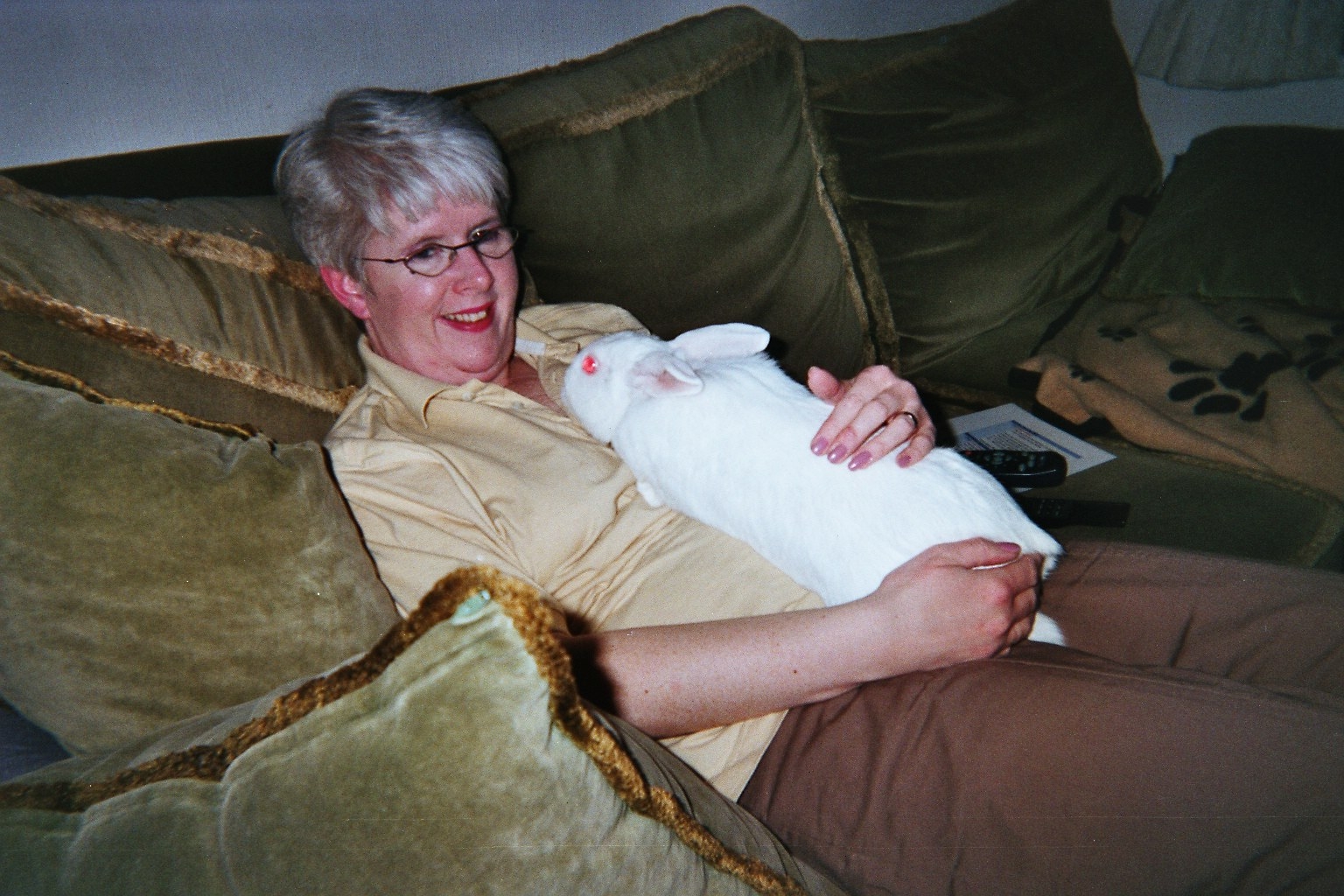 Melster
Feb. 11th, 2005 04:50 am (local)
If this behaviour is constant can it be considered strange? Surely it is the norm for them and now if they behaved 'normally' you would have to think that strange!!

merridoe
Feb. 11th, 2005 09:34 am (local)
Silly 2foots
Mine are acting odder than usual, too! I will investigate further and post my results shortly.

jerseymob
Feb. 11th, 2005 10:43 am (local)
Ours is also leaving a lot earlier in the mornings than usual and returning several hours late back to the burrow, she claims its something called overtime keeping her away, maybe that's the name of a mate she likes?

hippityhops
Feb. 18th, 2005 06:27 pm (local)
My 2foot is doing the exact opposite. She's staying home in the morning and coming back sooner in the afternoon.

She said she quit her "job" and started something called "skool"

she says she has to go to skool to get her deegree. I don't know what they're for though.