OK, so answer me this. Wow many of you have your very own indoor lawn?

15 years ago today, Dandy was proposing an upper chamber for The BunnyMint.

Now that we have the Bunny-Mint up and running again, it is time to turn our attention to the rainbow chamber who with the exception of Melster & Bunny-Bunny have been very quiet of late. 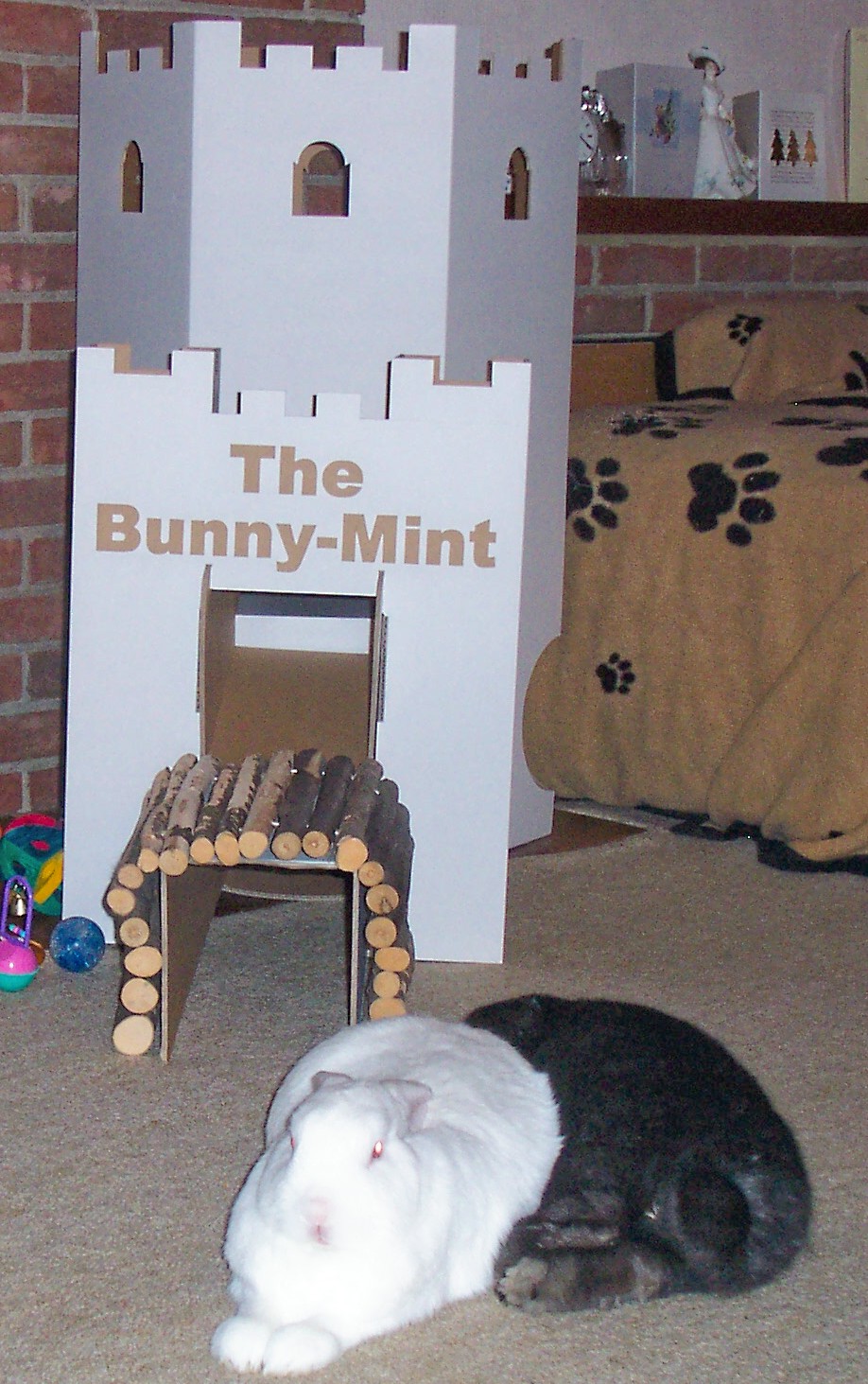 As everybun knows, I am Pry-Minister (and therefore boss) of the Bunny-Mint, well it's time for us to appoint a boss for the rainbow chamber too.

I would like to nominate the following buns (although other nominations are welcome).

1. Flopsy Girl - My best girl who was chance-seller before she crossed the rainbow bridge.

2. Bunny-Bunny - a wise old bun from across the big pond

3. Melster - because I won't get any peace if I leave him out

I would really like to hear your opinions then we can all agree on who is best for the job.
Current Mood: thoughtful
Current Music:Somewhere over the rainbow

1. Thumper-Binx, a rather wise and loving Bunn for his age and taken from us too soon.

2. Honeybunny, a very pretty bunny who liked to know what was going on.

3. Bluey, although only with us until he crossed the Rainbow Bridge, he was a rathe cute and caring bunn.

dandybun
Aug. 12th, 2005 09:13 am (local)
Thumper-Binx
I would be really pleased to hear from my old friend Thumper-Binx. I have another suggestion for a job for him though. As he was a very wise old bun, I think we should appoint him in a very special role. How about "Father of the house"?

gower_bunn_gang
Aug. 12th, 2005 11:21 am (local)
Re: Thumper-Binx
Oh WOW, he would like that role very much. We think Thumpie has been playing too much as we have not heard from him for ages. Still, we know he is still looking out for everybunn.

jerseymob
Aug. 11th, 2005 01:42 pm (local)
Casper says can he nominate all of his family who didn't get to live as long as he has and never got to play all the fun games he does where they were put in some kind of pot???

bramblespack
Aug. 11th, 2005 03:39 pm (local)
What about the rest of Brambles pack at the bridge, you can't leave out Hawthorn, Damson, Birch and Aniseed

Snuggles from the Hairy mob.

dandybun
Aug. 12th, 2005 09:16 am (local)
Violet perhaps, but Melster already has a very important job as he liases between the rainbow chamber & the bunny-mint, I mean we would not want to overstretch the poor old bun would we?

merridoe
Aug. 11th, 2005 08:48 pm (local)
I vote for Flopsy Girl, as she was very wise. Honeybunny or Bramble would be my other choices. Maybe we could have a whole Cab Bin Et of the Rainbow Bridge Buns.

He's at it again
Aug. 11th, 2005 at 9:23 AM
MillieBun
Dandy is never satisfied unless he is meddling in everybun's business! Now he is trying to organize the buns who have crossed the rainbow bridge!