15 years ago today, Dandy was getting annoyed. 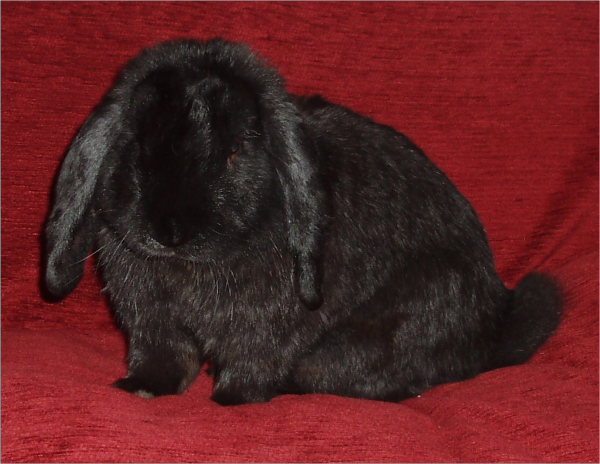 We were having a great time this morning playing chase, but as soon as our pet 2-foot (the one with no fur on the top of his head) goes upstairs to use the computer, all she wants to do is to sit at his feet while he does stuff. It is so yucky the way she tries to get his attention all of the time, she should remember I COME FIRST!!!
Current Mood: melancholy
Comments

And yes Dandy YOU COME FIRST, as you where their first, maybe you could go to your doe 2foot and snuggle her :-)

Love and Snuggles to all

jerseymob
Aug. 20th, 2005 06:40 pm (local)
Does she not realise that no bun should go running after 2 foots 2 foots should have to come to us if they want any attention at all, well that's how we treat ours except if she doesn't come over for a very long time we do go up and nudge her just to check she is breathing!

It's just not fair! I was having a lovely game of chase this morning with Dandy, when the 2-foot with no fur on the top of his head decided to go upstairs into OUR OFFICE! Well, I mean I had no choice did I? I had to follow him to keep a close watch on him to make sure that he does not mess anything up. I wish that he would go away so that I could play with Dandy some more.
Current Mood: melancholy
Comments

April and the hairy mob.

jerseymob
Aug. 20th, 2005 06:38 pm (local)
Hi millie you must watch these 2 foots in your office, after all don;t forget they broke your puwter not so long ago and look at how long it took them to mend it!
Collapse